There’s an interesting postscript to this most metal of weekends. The next morning I woke up and went to the airport almost five hours early – a habit I’ve developed after literally years of missed flights, long security lines, and various unforeseen flight complications.

Better to sit around and read for a few hours than arrive at the last minute, all stressed out about making your boarding call. Thus spoke J-rathustra.

This habit of showing up early paid off in a major way when I was flying back to Korea after Loud Park, because almost as soon as I stepped into the airport I spotted a bearded, long-haired guy who I was 95% certain was Emperor’s guitarist Samoth. (There were quite a few bearded, long-haired guys at the concert, so I couldn’t say for sure.) He appeared to be deep in conversation with someone, so I decided not to bother him. But wouldn’t it be epic if I ran into Emperor here? I thought to myself. (I had actually been listening to them on my way to the airport.) 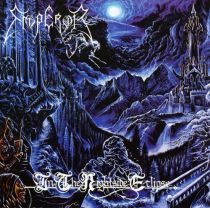 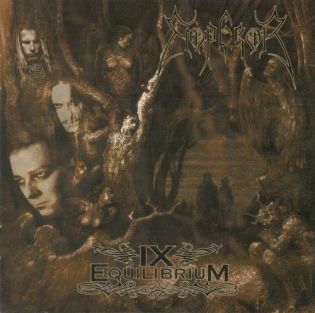 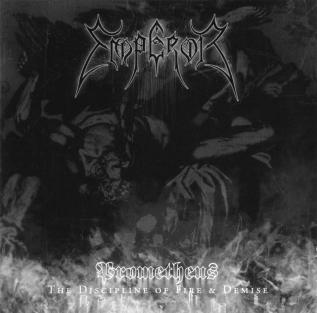 Went and got my boarding pass, and on my way back to the gate I saw that the bearded, long-haired guy (Samoth, it turns out) had been joined by someone who was unmistakably Ihsahn, Emperor’s lead singer and (other) guitarist. He also has a successful solo career. 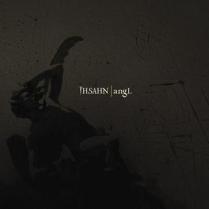 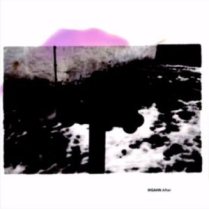 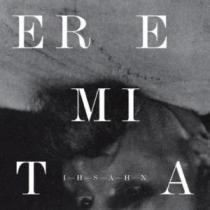 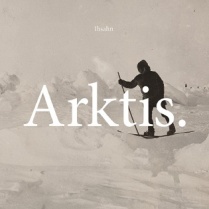 Holy shit. I am running into Emperor here. At my age it’s embarrassing to admit to being star-struck – and I can honestly say that there are multitudes of celebrities I would never cross a room to talk to – but this was unbelievably good luck. An American living in Korea meeting a legendary Norwegian black metal band in a Japanese airport. You just can’t make this shit up. Like the loud, drunk Canadian guy had said the day before, simply seeing Emperor in concert was a rare privilege. What were the odds of running into them – of all bands – at the fucking airport? Not L.A. Guns. Not Winger. Emperor. I couldn’t let the opportunity pass me by.

Samoth was still involved in his conversation, so I walked over to Ihsahn who was digging around inside a guitar case. When he looked up, I said, “I don’t want to bother you. Just wanted to say that you had a great show last night.”

It’s hard to predict how someone might react after being approached by a total stranger at 7 a.m., but he actually smiled as if he was pleasantly surprised to have been recognized. “Thank you very much,” he said. (Read that in a Norwegian accent if you can.) We shook hands and I told him how I’d flown over from Seoul to see the show. “We really appreciate that. Thank you so much.”

He reminded me of my ex-uncle Darin, the kind of guy who naturally gives off a vibe of authenticity and friendliness. I was tempted to drag the conversation out a little further by telling him what a spiritual experience it was to hear Anthems and “Curse You All Men” live, but I didn’t want to wear out my welcome. (And just a word to the wise if you ever run into one of your heroes in an airport: none of the shit you want to tell them is anywhere near as interesting to them as it is to you. That’s just a fact. I can’t imagine what the loud, drunk Canadian guy would have put them through if he’d run into them.)

I thanked him for his time, nodded to everyone else in the crew, and went on my way after snapping a quick pic as evidence. 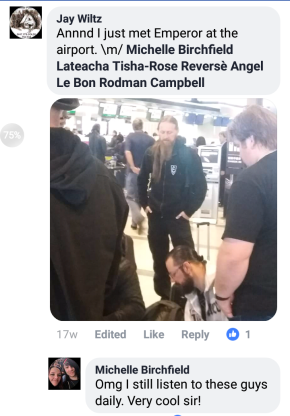 I don’t care if it’s another five years before I get to see another show. My experience at Loud Park is gonna hold me over for a long time.