If Monday’s trip to the Flight 93 Memorial had dredged up bitter memories of September 11th, Tuesday’s trip to Hershey was a nice reminder that life has a sweet side too.

You’re free to punch me in the face for that little bout of cheesiness next time you see me, dear readers. But no kidding, our trip to Hershey was awesome. 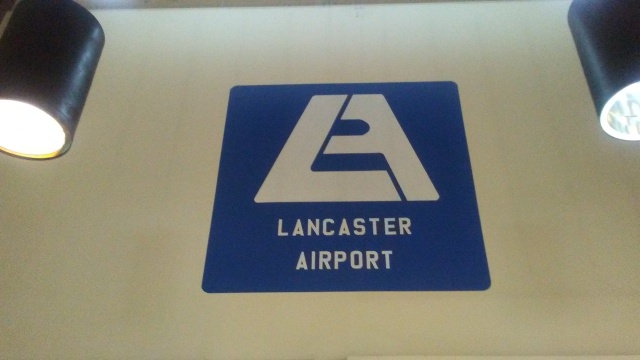 From Pittsburgh it would have taken us nearly 4 hours to reach Hershey by car, assuming we didn’t stop for bathroom breaks, lunch, heavy traffic, or speeding tickets. Good thing Keith’s an upstart airline mogul. We flew one of his planes into tiny Lancaster Airport in the heart of Amish country in a quarter of that time, and from there we rented a car and made our way to the self-proclaimed sweetest place on Earth –

Please don’t confuse this with Disneyland, the self-proclaimed happiest place on Earth. Apparently being sweet and being happy are two different things. That’s why sweet people are often depressed and jerks go to sleep with big smiles on their faces. The more you know.

My interest in seeing Hershey began in elementary school when my neighbor, Mrs. Susie Bass (“Miss Susie”), told me about the trip she had taken there with her family (shout-out to Mr.Mike, Clare, and Michele). “J, we could smell chocolate everywhere we went!” she shouted. “They had Hershey bars that weighed 5 pounds! And the street lights were shaped like Hershey’s Kisses!” All of this was music to a fat kid’s ears. Hard to believe, but somewhere out there in America was a town – not an amusement park (though of course there is an amusement park in Hershey), but an actual town where people lived – that smelled like chocolate and had Hershey Kiss street lights. I had to know more about it.

Over the next few years I read several books about Hershey and its founder, Milton Hershey. (I’ve used Who Was Milton Hershey? in several of my elementary English lessons here in Korea.) 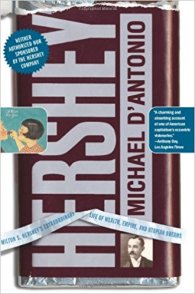 At one point I even owned a Hershey’s watch. (I would kill to have another one. If anyone has one for sale, I’m your man.)

And now here I was, finally seeing it with my own eyes. Hershey Park was closed for the winter (all the more reason to go back someday), but we still got to see all the cool stuff I’d been reading about since I was a kid. 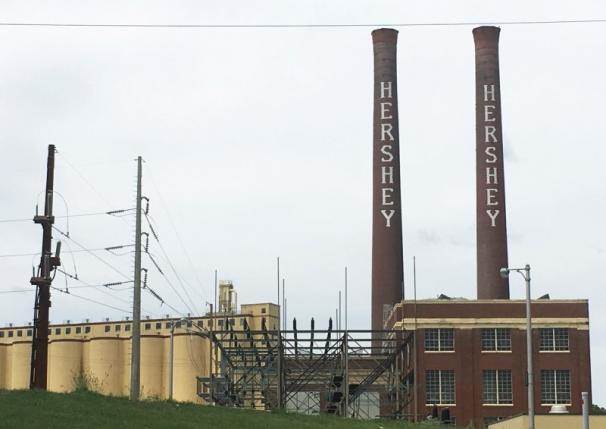 And of course those legendary Hershey’s Kiss streetlights:

Even better, we accidentally came across The Hershey Story, an amazing museum dedicated to Milton Hershey and the chocolate that bears his name.

Milton Hershey has long been a hero of mine, largely because, like Scrooge McDuck, he embodies the spirit of hard work, creativity, and free enterprise that once defined the American Dream. Born to a simple Mennonite family, he grew up to become a businessman, failing in several endeavors before striking it rich with his Lancaster Caramel Company.

After discovering a chocolate-making machine at the 1893 Chicago World’s Fair, he turned his attention to chocolate – and well, you know what happened next. 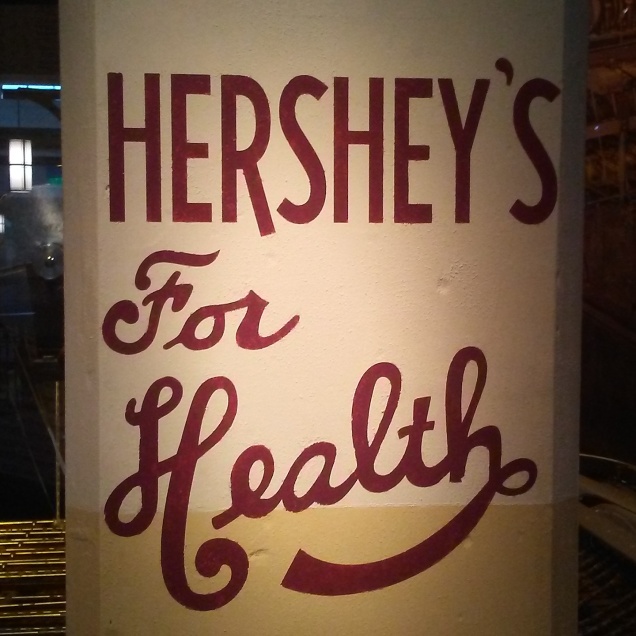 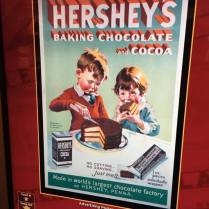 But was that enough for him? Did he sit back on his thumbs and say, “Well, I’m swimming in money and chocolate, guess I’ll buy a Bugatti and call it a day?” Not even close. Hershey kept going and built an entire community around his factory, complete with hospitals, affordable housing for his workers, and the Milton Hershey School, which he considered his greatest achievement. He implemented high standards of safety for all of his businesses and even helped his competitor H.B. Reese develop his own candy company in Hershey. (Fun fact: Reese’s Peanut Butter Cups are made with Reese’s peanut butter and Hershey’s chocolate.) 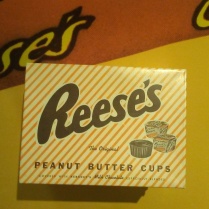 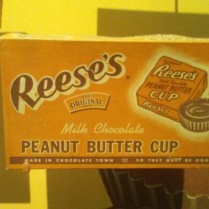 It might surprise some people that a man with so much personal wealth would be so invested in the well-being of others. Aren’t rich people, the hated 1%, supposed to be mean and greedy? Well, no, not according to Hershey’s fellow Pennsylvanian tycoon Andrew Carnegie. In The Gospel of Wealth (1889), Carnegie asserted that the rich – and especially the uber-rich – have a responsibility to be generous with their wealth. He believed they should use it to improve the lives of the less fortunate. (It’s important to note that he was advocating charity, not socialism.) Milton Hershey’s entire life was an illustration of this principle. I wish more people were familiar with his incredible legacy. 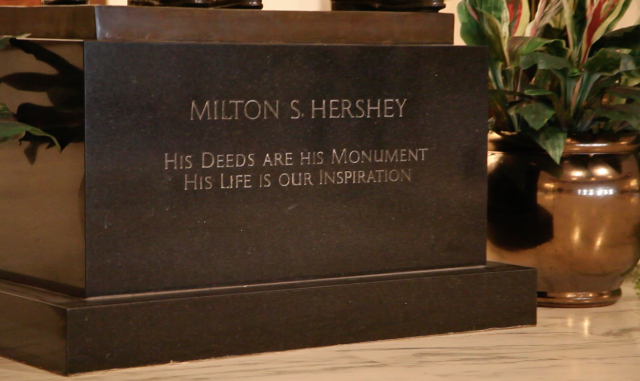 Keith and I soaked all of this in for at least two hours, reminiscing about discontinued Hershey’s products like Bar None and getting our visitor cards stamped every time we successfully completed “work” in a different area of chocolate production.

Before heading back to the airport, we went for a late lunch at the General Sutter Inn, an English pub in Lititz, PA, where I had fish-and-chips, drank the strongest beer I’ve ever had –

and got scared half to death by Pearl, a creepy-as-hell mannequin inexplicably stretched out in a bathtub downstairs.

During the last leg of the trip, we passed a restaurant with a red-and-white exterior on the interstate.

It was a great laugh to end a great trip, and the Pennsylvania Pitstop now had its second official catch phrase.