Wa-Ta-Ta-Ta-Ta!: Big News for the Holidays

‘Tis the day after Christmas,
and I just walked my dog.
So now I can finally
sit down and blog.

Hello, dear readers. It’s been three months since you’ve heard from me, but I’m sure I don’t have to explain. For us teacher types, October means month-long preparations for Halloween.

November means catching up on things that fell behind in October. 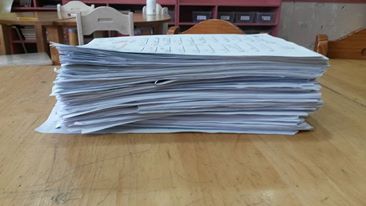 And December is a long, slow descent into the hell that is our annual Christmas concert.

My vacation finally started on Wednesday, December 23rd, and except for a shopping trip with my friend Sarah and Christmas dinner with some co-workers, I’ve pretty much been sleeping ever since.  No surprise visits home or elaborate vacations this year. I’ve got big plans in the works and I need to rest, plan, and budget myself accordingly.

What are These Big Plans of Which You Speak?

I guess now is as good a time as any to tell everyone my important news: I’m starting a new job in March. (Don’t get too excited; I’m not going home yet. I still have to wait out the Barackalypse for at least another year before there’s any chance of that happening.)

Yes, after five years at Maple Bear Canadian School, I’m moving on to a private school in Seoul. Maple Bear has been extremely good to me during my time there, so I haven’t wanted to gloat about this or talk about it too much. But, my new job will allow me more personal time to do other things. I’ll still receive all the same benefits, but my work days will be much shorter and I’ll have a full (paid) month off for summer and Christmas. It was an offer I couldn’t refuse. 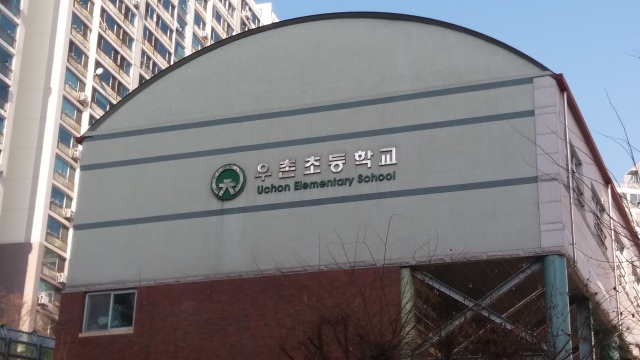 Please allow me to take this time and publicly thank my friend Doreen Wade, who helped me find this new job and recommended me to the director. It’s not every day that a Yankee liberal black girl helps a Southern libertarian white boy find a job, but that’s the power and beauty of friendship. Thanks Dodo. I owe you one.

A Problem and Its Solution

Starting a new job in March, however, creates a problem that will be obvious to those of you who read my post back in September. If I start a new job in March, how can I travel to Wembley Stadium to see Babymetal in April? I’ve been at Maple Bear for so long that I could probably have gotten a day or two off from there, no problem. But, if I’m starting a new job, it’s probably not a great idea to ask for frivolous time off less than six weeks in. Don’t shit where you eat, as the old saying goes.

So,  how to solve this problem? Well, if you’re like me, you start looking around for other ways to see Babymetal in concert. And if you’re lucky (again, like me), you find out that they’re playing two shows in Japan on December 12th and 13th.

Then, you get your friend Kim – who just happens to be Japanese – to put you in touch with one of her friends in Japan. Kim’s friend (an awesome guy named Doug) then helps you purchase a ticket to the sold-out show from a reputable re-sale site. (Thanks Capitalism!) 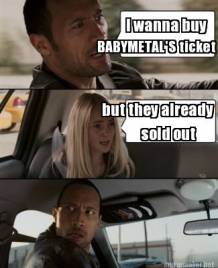 After that, you buy an affordable round-trip ticket to Japan from cheaptickets.com and BOOM! You’re on your way to a pre-Christmas mini-vacation weekend.

Japan’s subway system is notoriously difficult to master. But I knew I was going the right way when I saw all the people wearing black. 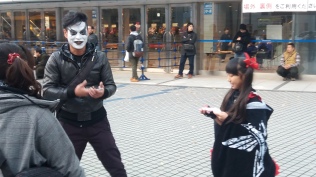 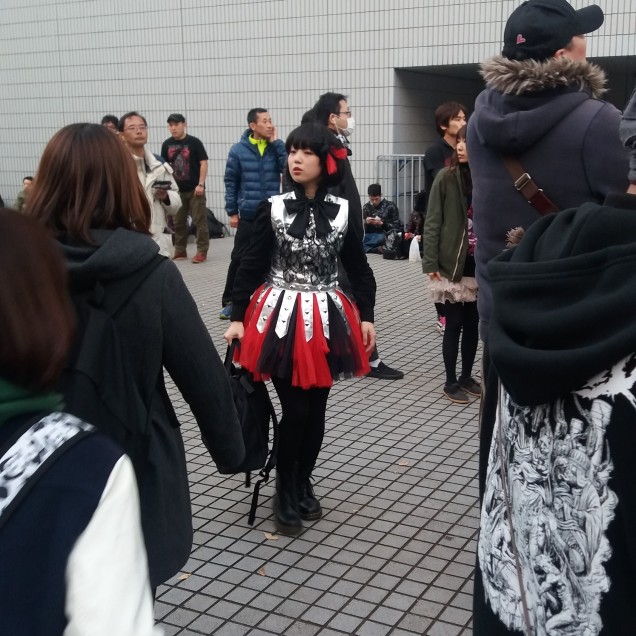 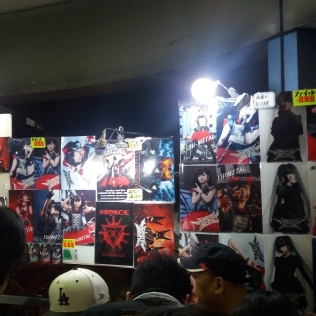 Waiting in line for the show, I was approached by a girl handing out promo cards. She said she was in a metal/idol band called Necronomidol. I think it’s supposed to be a combination of the words “Necronomicon” and “doll,” but the only thing I heard when she first said it was “Necrono-Midol.” haha Anyway, look for them on YouTube and check them out at http://www.necronomidol.com

If you’re a fan, it probably goes without saying that Babymetal was awesome*. It was only a short trip, but I honestly felt relaxed and rejuvenated when I went back to work the following Monday. It really helped push me over the finish line. My students were excited about my trip too, which is why four of them performed a giggly version of Babymetal’s “Gimme Chocolate” after their awesome Christmas concert performance last Tuesday.

They make me so proud. 🙂

This is only the SparkNotes version of what happened, of course. It really took a lot of time and effort on Kim’s and Doug’s parts to get me to that show, so a HUGE thanks is definitely in order for both of them. Thanks fellas.

Now it’s December 26th and I’m starting to ask myself what I want to do with the rest of this stay-cation. I had a nice dinner with friends and co-workers last night – 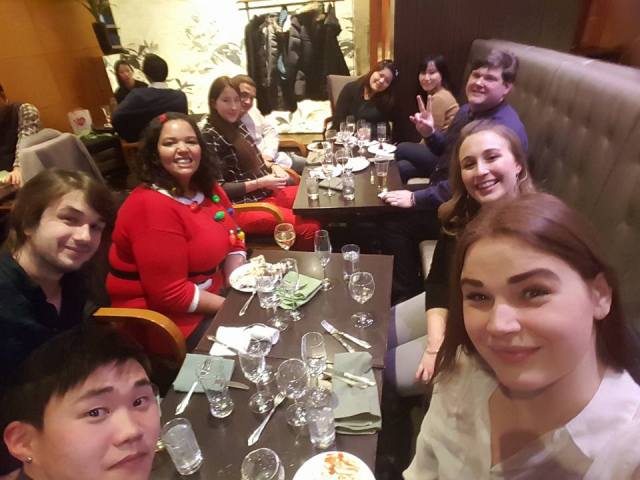 And I’m hanging out with my kid sister AJ tomorrow. After that, it’s a blank slate. Wish me luck finding adventures.

I might post again before vacation is over. There’s a lot to talk about these days – the upcoming American elections, the new Star Wars movie (quick fan theory: I think Rey is Luke Skywalker’s daughter), Ronda Rousey’s loss to Holly Holm, etc.  – but for now, this is J saying have yourself a merry little Christmas and a happy New Year.

* I went on a long rant about why Babymetal should be considered real metal before realizing I was off-topic. I saved it, so if anyone wants to read it just let me know and I might post it later.